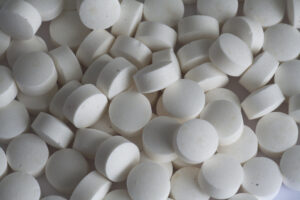 Possession of drugs is illegal and the offense is vigorously pursued by law enforcement, prosecutors, judges, and others in the state of Arizona. When someone faces possession charges, the penalties for a conviction are often very harsh. If you or someone you love has been accused of marijuana, cocaine, methamphetamine possession or any other similar offense, we urge you to contact a skilled and knowledgeable Phoenix drug possession lawyer immediately.

A possession charge in the state is considered either actual possession, or constructive possession. Actual possession is when the person accused had the drugs on his or her person, whether in a purse, pocket, sock, etc. Constructive possession is a bit more complex and involves possession of a drug without it being on your person. For instance, the drug may have been in the glove box of your car, in a room of your home, or in any area that you control.  “Possession” and “control” are not the Webster dictionary terms in this case, but rather legal terms, most times left up to argument.

Marijuana possession is a common offense.  Even possessing a small amount of marijuana may result in counseling, drug abuse treatment, and community service for those found guilty. Marijuana possession becomes more serious when the amount involved is two pounds or greater, and unfortunately police, to an extent, have the authority to determine whether a person will face misdemeanor or felony charges. It is important to speak with a Scottsdale possession charge attorney immediately if you are facing accusations of a drug possession offense.

Possession of a Controlled Substance in Arizona

Methamphetamine possession is a serious charge as meth, also referred to as ice, speed, or crank is considered a dangerous drug. Those facing this charge may be subject to serious legal consequences, as simple methamphetamine possession may be charged as a class 4 felony with a minimum prison term of 1.5 years. This offense may also be charged as joint possession in circumstances where two people share dominion and control of the location where the drug was discovered.

Possessing cocaine in an amount less than nine grams is a class 4 felony which could result in a presumptive prison term of 2.5 years for those convicted. If the cocaine is in the form of powder, any amount greater than nine grams will result in a possession with intent to sell charge. The same is true for more than 750 mg. of rock cocaine. The penalties for this felony include prison time of between three and 10 years. A conviction for cocaine possession can impact not only your freedom, but your ability to secure employment, housing, and more. The social stigma many people live under due to a criminal record is difficult as well.

Whether you are facing misdemeanor or felony possession charges, there are many defense strategies that may prove successful depending on your unique circumstances. In some cases, it is possible to have charges reduced or even dismissed. We urge you to contact the Phoenix drug possession attorneys at Hamilton Law Firm now.  Call 480-221-0000 for unsurpassed legal guidance and representation.