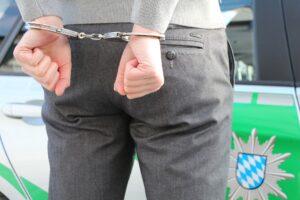 In Phoenix, Scottsdale, and throughout the state of Arizona, assault is considered a violent crime that leaves those convicted facing serious punishment. Whether you have been accused of assault and battery or aggravated assault, it is essential that you work with an experienced assault lawyer who is dedicated to obtaining the best possible result in your case.

Assault law is defined in Arizona Revised Statutes 13-1203 and involves either the threat of physical harm or actual physical harm to another person. If found guilty, you could face punishment that includes probation, jail time, fines, mandatory counseling, and more. Even worse, your reputation could be damaged which in turn could affect your business, personal relationships, and all aspects of your life.

Charges for assault should never be taken lightly whether it is verbal, physical, or sexual in nature. This violent offense becomes even more serious when it is considered aggravated assault, which involves the use of a weapon and is charged as a felony.

Aggravated assault is classified as a felony offense. The punishment you will face if convicted of a first-time offense varies depending on whether it is charged as a class 2, 3, 4, 5, or 6, with class 6 being the least serious. Prison time can range anywhere from 18 months for less serious offenses to 21 years for the most serious crimes. You could also face fines of as much as $150,000. It is vital to contact a skilled Scottsdale assault attorney who will give your case the personal attention essential to helping your defense.  A conviction for any criminal offense can impact current employment and make finding future employment far more difficult.

Terms such as “assault and battery” can be confusing to many people who are not familiar with assault law in the state. While some states do use this term, Arizona does not. Members of the media frequently use it to describe an alleged perpetrator carrying out a physical attack on another person. For the most part, these criminal offenses are divided into two categories: simple assault and aggravated assault.

Criminal assault is taken very seriously by both prosecutors and judges who will go for the toughest penalties they can possibly impose on the defendant. The frightening thing is that you may face charges for assault even when no one is injured. It isn’t uncommon for an alleged victim to say he or she was in fear of impending physical injury when in fact this was not the case.

Whether you have been charged with a misdemeanor or felony it is imperative that you consult with a Scottsdale assault lawyer in order to protect your legal rights and freedom. You do have rights, and law enforcement officers often use scare tactics to get someone to say something incriminating. Don’t go it alone.  Contact the Hamilton Law Firm now at 480-221-0000.